skip to main | skip to sidebar

Wow, we had a great birthday party for my son this weekend!! His birthday is the day after Christmas and we postpone his big party until January. And the weather always seems to cooperate, it was in the high 70's with a big blue sky on Sunday! And I have lots of photos to share...so be forewarned! Hee hee!!

First...the goodies. This is his alligator cake he has been wanting for over a year now!! I found the idea in my Hello Cupcake recipe book. 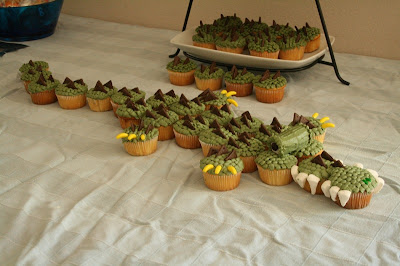 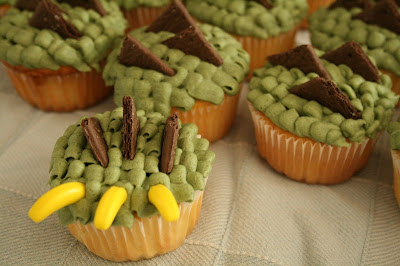 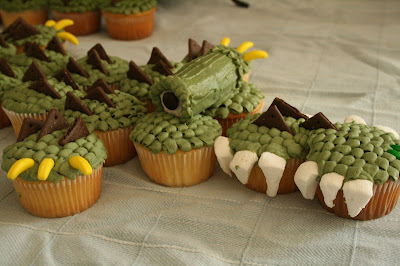 And since we were having a 'bird show' at his party, I made owl and vulture cookies for the kids goodie bags. Lots of piping with royal icing, I had forgotten how fun that was!! 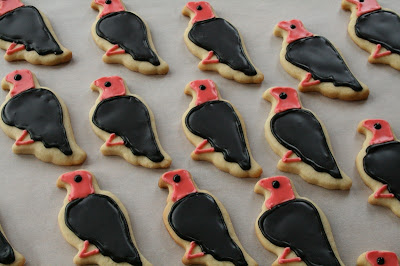 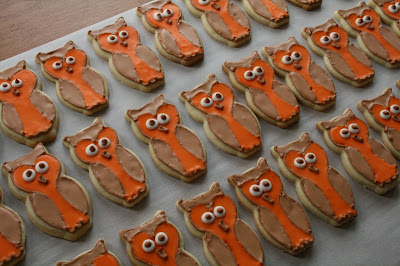 We had a big jumper slide in the backyard and the kids still loved it. And Kevin made homeade root beer with Dad and also kegged it. Way cool to be a 8 year old and pour your own pint! 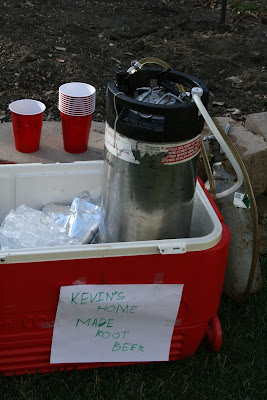 And here are the stars of the show!! First...a beautiful Peregrine Falcon. Kevin even got to hold this guy! 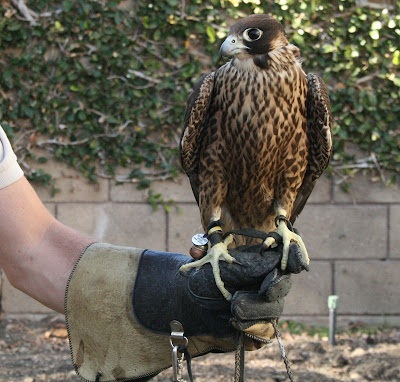 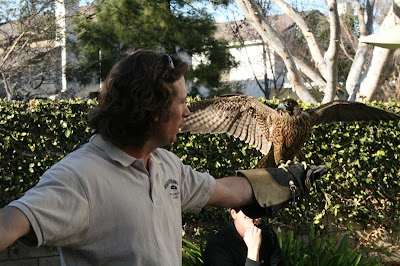 And then Periwinkle the owl. This guy was the COOLEST EVER!!! His eyes are mesmerizing and the way he swivels his head is so cool! Everybody had a chance to pet this bird. 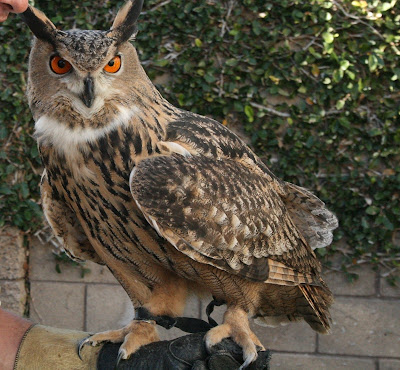 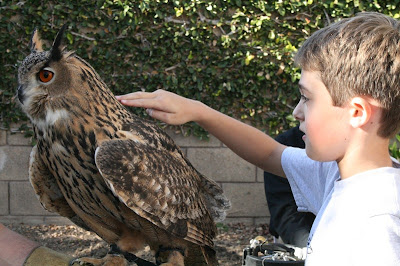 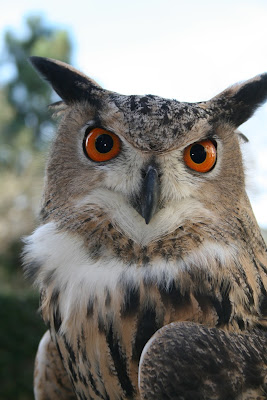 And then...there was one more crate. A wooden box that was literally shaking off the ground. The kids were dying to find out what was in it...and it was Dexter the Vulture!!! 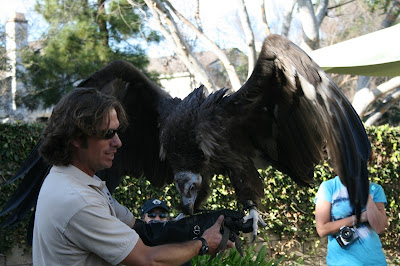 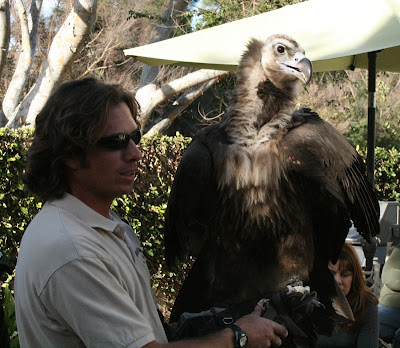 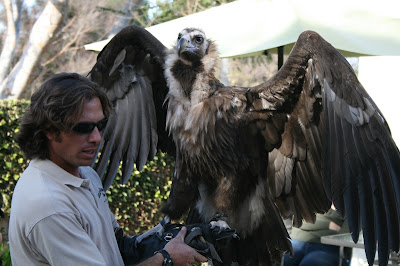 This bird was pretty cool, too!! He was a fiesty one, he kept trying to eat Joe's watch and pulled off his sunglasses and pretty much flapped his wings alot and made a big fuss. Pretty cool to watch! I think even the adults had a great time with the birds. And I honestly think this bird is probably bigger than my daughter.

Thanks for making it through all these photos. They were just too good not to share. The weather was amazing and all the kids were so well behaved and polite, it was just a great party. I sure hope you enjoyed your weekend!! I have lots of crafty stuff planned this week, so don't forget to come back!

Thanks for stopping by!!

Posted by Mara Campbell at 5:03 PM

that party looks great! the cake is AMAZING!!

OH MY GOSH and wow. This has to be the coolest kid's birthday party I've ever seen! Great job on the cake and cookies. If I lived close I would totally try to crash the party. I almost had my pic taken with one of those crazy looking owls when we went to Scotland, but we were on a sched. and the line was too long. I really enjoyed the pics! Thanks for sharing them.

Mara that cake is FABULOUS! Oh my gosh I LOVE it.. the cookies turned out GREAT too!!! I bet the kids had a BLAST with all the birds!
Happy creating! Cant wait to see what you have to share!

Mara the cake looks wonderful..and all of those cookies!!!

WOW! I love ALL of your goodies, but especially the alligator!!! What a lucky birthday boy!

My husband and I camped in Big Sur in November and were lucky enough to see a rare California Condor in flight!

Wow...what a cool and fun party!

wowza ~ look at all those goodies..and what a kewl cake! love seeing what you bake! and what a kewl party! yep..if i lived closer..i'd crash it, too! awesome chickie ~ and happy belated b-day to your son!

luv to kevin and his awesome mom for the sweets---such a pleasure to watch your artistic ability grow----and to his cool dad with the root beer keg----and to kayla, who kelped in the kitchen, for sure. LL

That cake? Oh my...that's beyond cute! Wonder if I could get anyone to make it for my bday? hehe
Very nice job indeed :)

What a cool party! I would love to have a bird show at my birthday party! And that alligator cake? -Too cool! Thanks for sharing!

I love that cake! That must have taken you a long long time... it is so majorly COOL!

I've been to bird talks before, but have never seen a vulture at one before. I would have loved to see that! Those guys are HUGE...

Holy cow! Those birds are amazing--what a great party! I LOVE your cake and cookies, so fun!

Awesome cake! My son just looked over my shoulder and asked for that same kind for his birthday...which is not until August!!
Great cookies also, looks like a fun day!

What a fantastic party. How fun - next time we're going to crash. Girl - your hands must have been tired after all that piping. Wonderful job...love it all. Thanks for sharing.

why wasn't *I* invited? lol! what a FUN party! lucky boy!! and OMG- I couldn't be more impressed with your cake and cookies! seriously awesome! 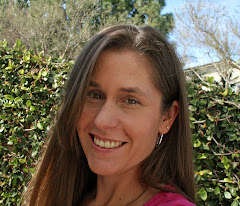 Thanks Friends for coming along for the ride!!!!!